Hello readers, it has already been an eternity since last chapter. In this one, everyone finally ages up, so there is a heir poll on the horizon (Next chapter). So let’s get going because it’s exciting. I guess. This one is rather short and serves as filler before the last, SORRY!

Duncan start by freaking out over houses.

Duncan: What are they for? Why can’t we all live outisde?

Cole can’t wait for most kids to move out and have a bit more calm, so he expresses it to his online friends. 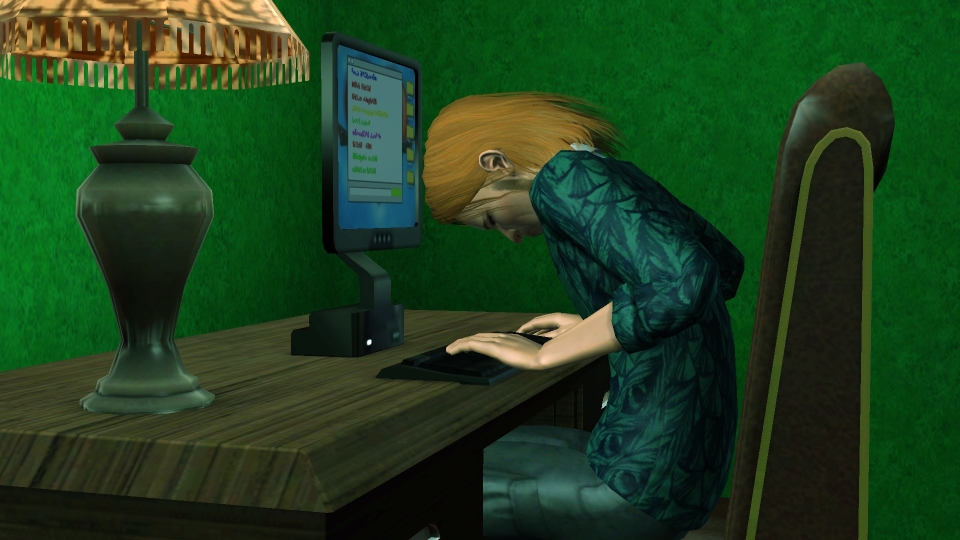 In this case, Jenn, who probably told him to deal with it.

His best way of dealing with it was organizing a birthday party for the quadruplets on the beach they own.

Oh well, enough for cakes and a roof on this rainy evening.

Simselves are there, but only Samali and her daughter bother to cheer.

This is Joyce, Duncan’s Love Interest. She was invited because she’s the only LI to not be blood-related… 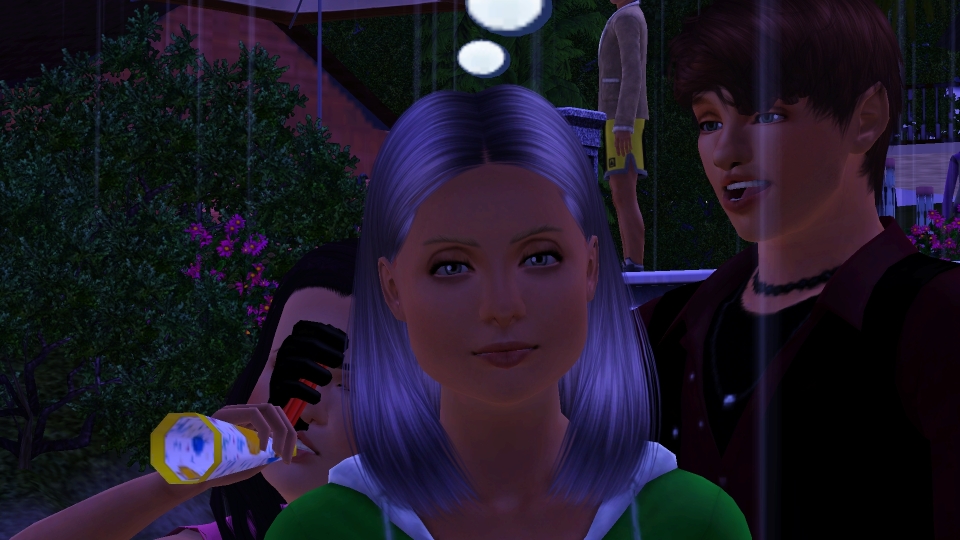 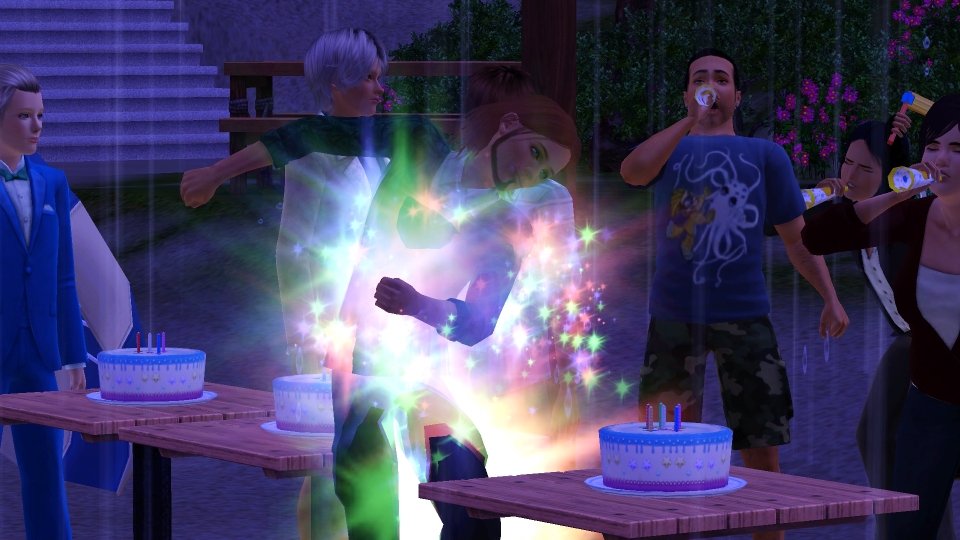 It won’t show much here -what a terrible idea to have no lights outside-, but he’s a cute elder.

Sure, go ahead, selfish head. 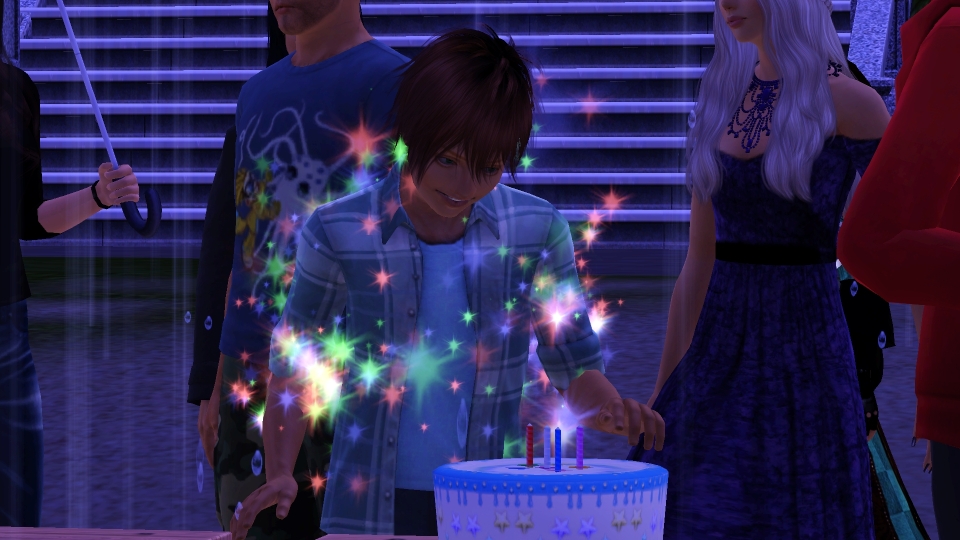 Except for the eye color, Drake is almost identical to his brother Dante.

Not anymore it seems.

His nose isn’t as big and his lips are much different.

Time for Daisha to go. 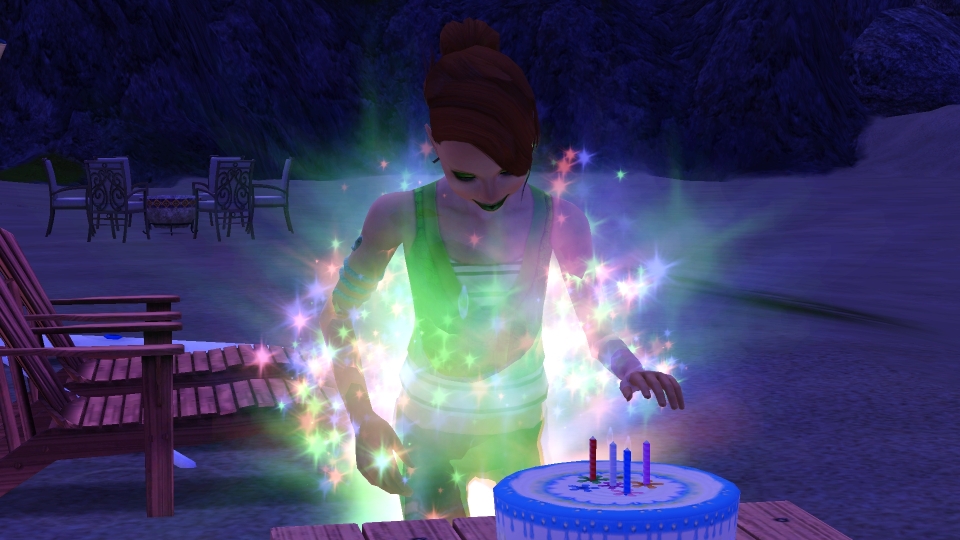 So many sparkle shots.

Here she is, before makeover.

She looks a lot like her mother, but not quite.

Now Damien, phew this is getting repetitive.

Damien: All may rise to recite the rite of passage.

So I was too distracted by the many cakes to take MORE SPARKLE SHOTS. 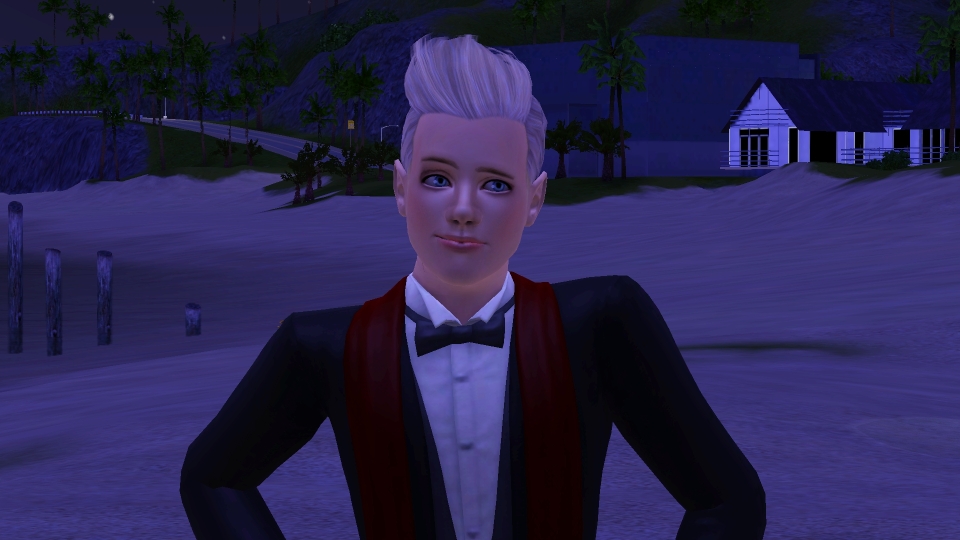 Here’s Duncan before makeover to compensate.

He’s the cutest elder I’ve ever seen. I think. 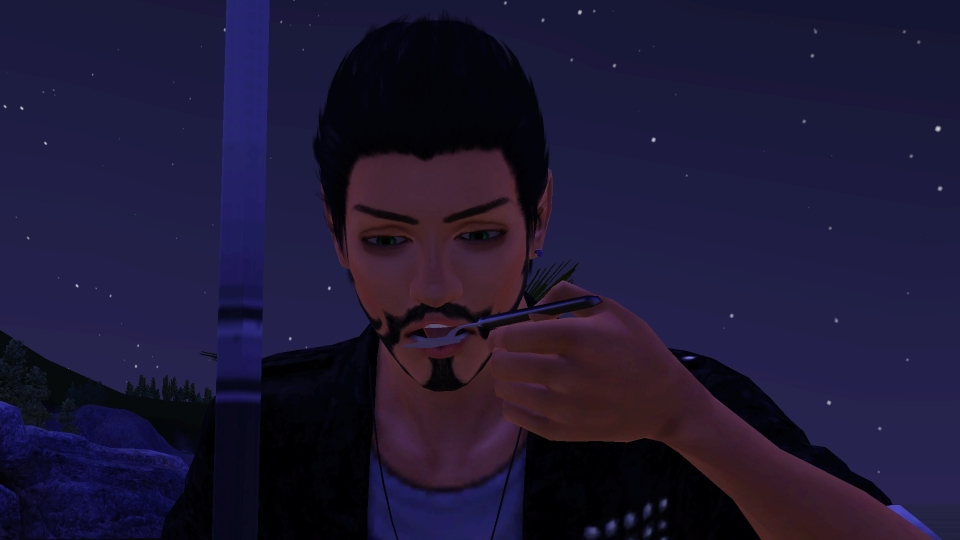 Daisha gets some scaly makeup to go with her snake look.

Drake is a pure disaster, he rolled Evil. 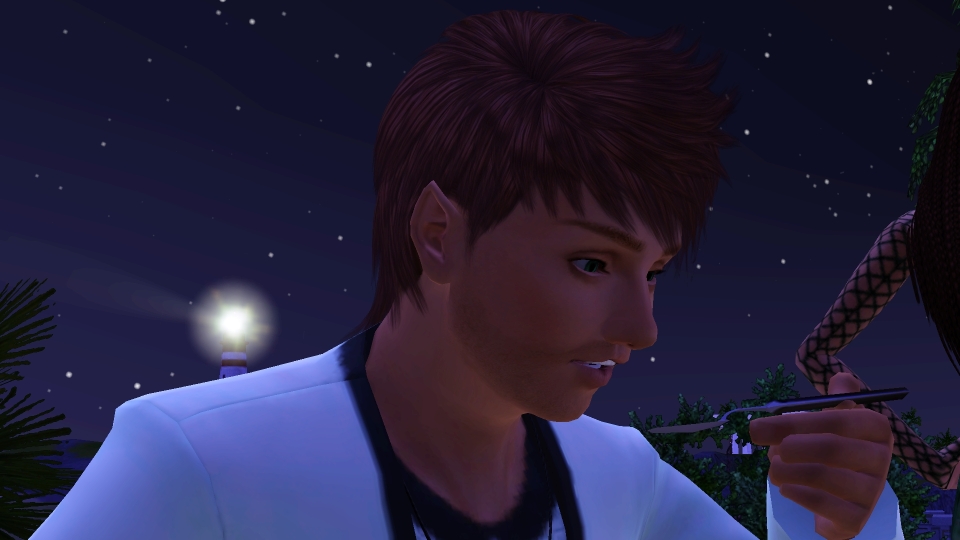 He’s probably the least fun guy you could ever end up with.

Back home, a look at Duncan’s formal wear. 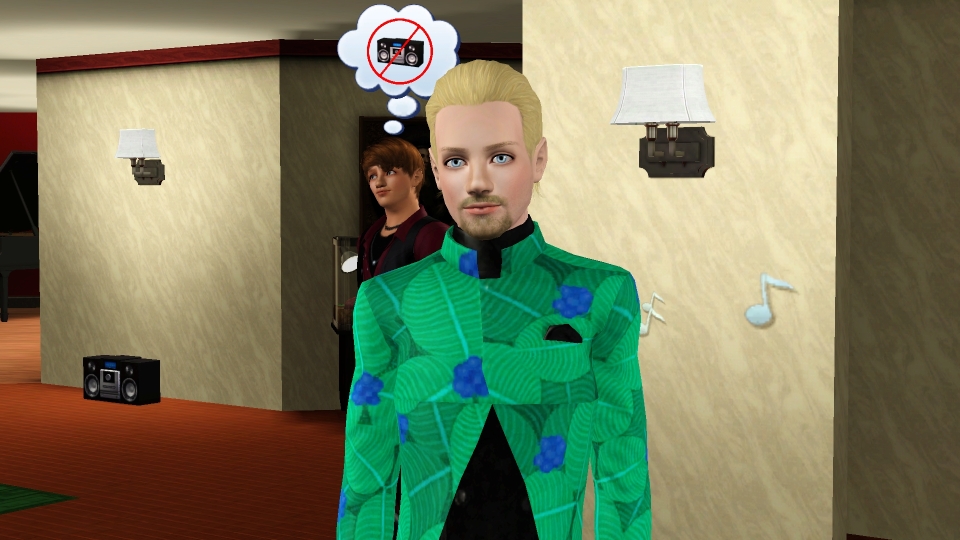 He is now a Hopeless Romantic.

The two previous leaders of the house came out to greet the returning young adults.

Aurora: So did we do well?

Drake is enjoying his new looks.

Drake: My dragon claw smells so good. So good it reverses my elbow.

He also enjoys his evilness.

Damien enjoys it a lot less, he’d rather be around tons of vampires.

Luckily good ol Dad is there to take the stress off his back.

Cole: Ever heard of, like, a note that has a smiley on it? What’s that?

Sadly, when you have seven children, they end up all lining up just to talk to you. 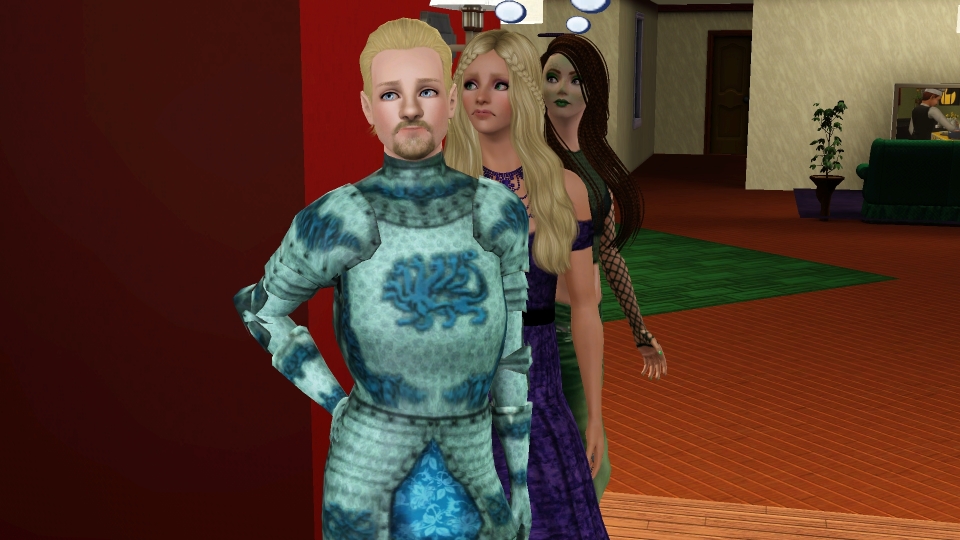 On the next morning, the gnomes are ready for a new adventure. 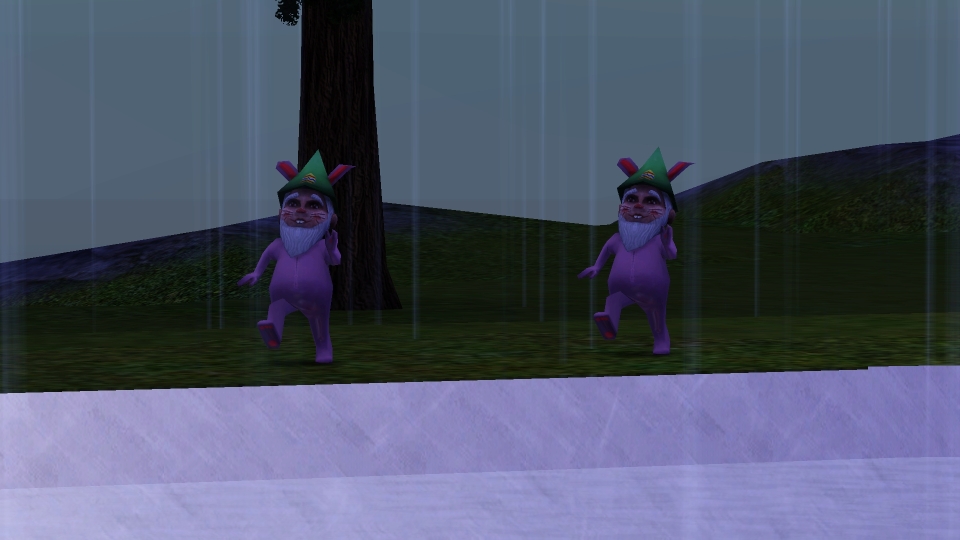 It is also an occasion to spam you with even more birthday crap. 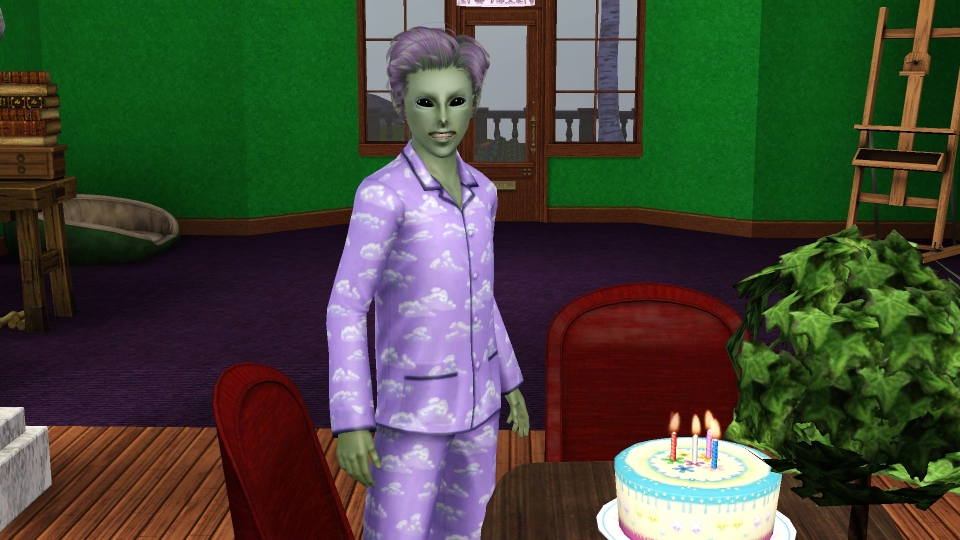 Daryl is only a day younger and is needed as an adult before the poll BECAUSE I SAID.

He blows his candles before anyone can make it there to cheer for him.

He of course looks very similar but he’s kind of a handsome alien.

He also gets the slightly scaly makeup Daisha had, because he’s an alien so why not.

He rolled Equestrian, hence the shirt. 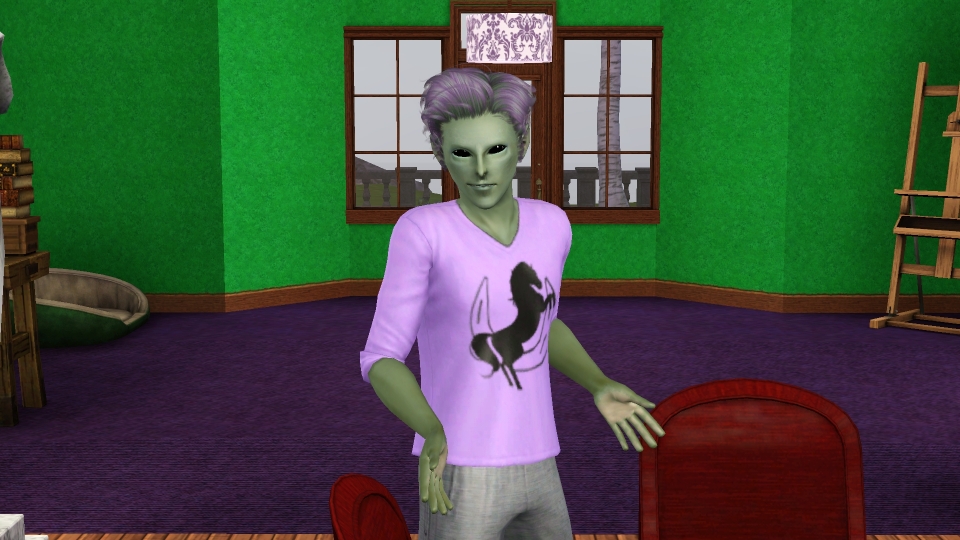 Daryl is decently happy with his birthday, but he’s easy to please.

This is where I end it, because like I said, this one is short because next one will serve the purpose of letting you all get to know the contestants to heirship a little bit better. 7 at once was rough and many of them ended JUST STANDING THERE which doesn’t give them a fair chance. So next time: Lots of everyone.